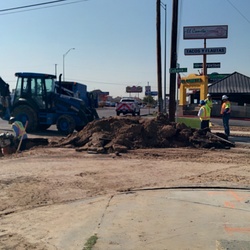 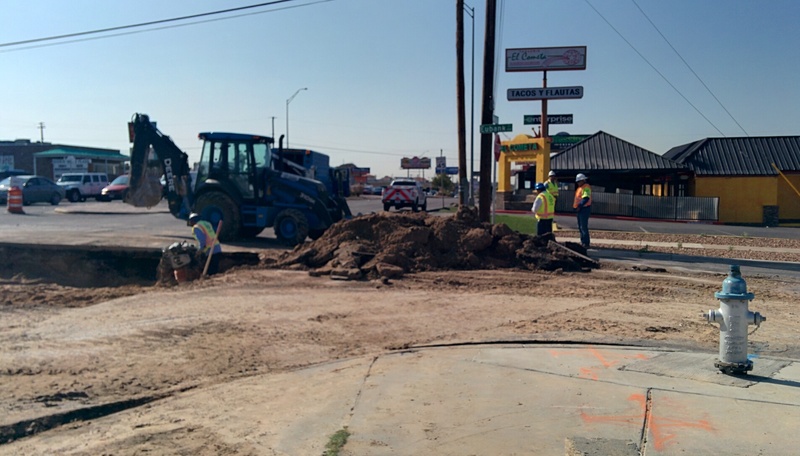 Earlier this week a sink hole opened up on Mesa.  This sort of thing happens from time to time,a water main fails and then we end up with a big hole in some street or another.  No biggie, right?
Wrong.
We just wait until these sort of things fail, knowing they will, but don't have contingency plans in place...  At least “comprehensive” plans.  You see, when the work crew showed up and blocked off traffic, they didn't have a plan for pedestrians.  No signage, no barriers, nothing to keep people from falling into the big trench they dug...
When these kind of events occur, we're supposed to make sure all road users are protected.  Of course the same holds true for planned construction projects.  It doesn't mean it happens.  There are certain measures that should occur as a part of any project, planned or not – like making sure ALL road users are accounted for, not just those in cars and trucks...  Or buses – we'll except the bus stops beyond the sink hole were 'closed' as well.  Not explanation, just a little caution tape and you're on your own.
And that's the real big hole in our system.  Our City doesn't plan for people – just cars apparently.  They'll make sure cars can get around (sort of), but they leave people to fend for themselves.  People who walk, or ride bicycles, or even use transit constantly get left out of the plans.  When our leaders think about streets, they assume cars and trucks, not people.  The traffic experts focus on vehicle counts, not people moved.  Building new roads, rather than maintaining those we have.  Engineering roads for cars, rather than designing places for people.  Cars, in their minds, come first.
It's telling that when a sink hole forms, and the work crews only care about cars and trucks.
#DemandBetter
- - -
The single best investment you can make to improve conditions for people who walk and bike El Paso's border region is to become a member of Velo Paso Bicycle-Pedestrian Coalition today at http://www.velopaso.org/membership 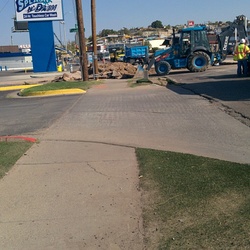 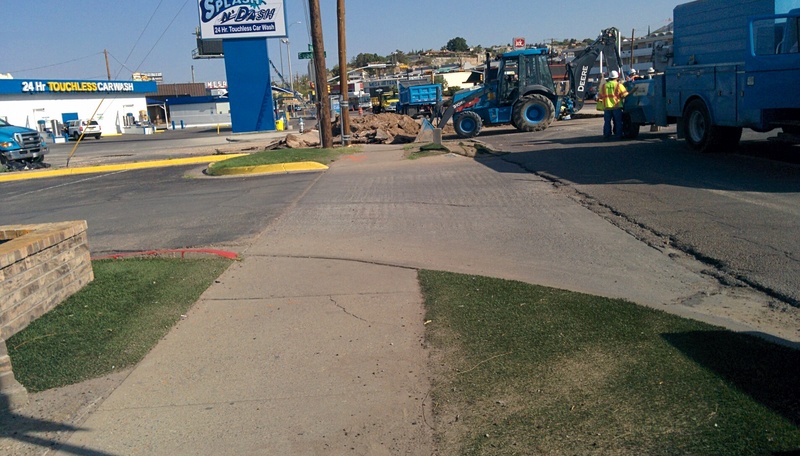 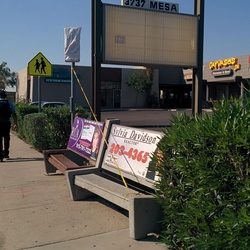 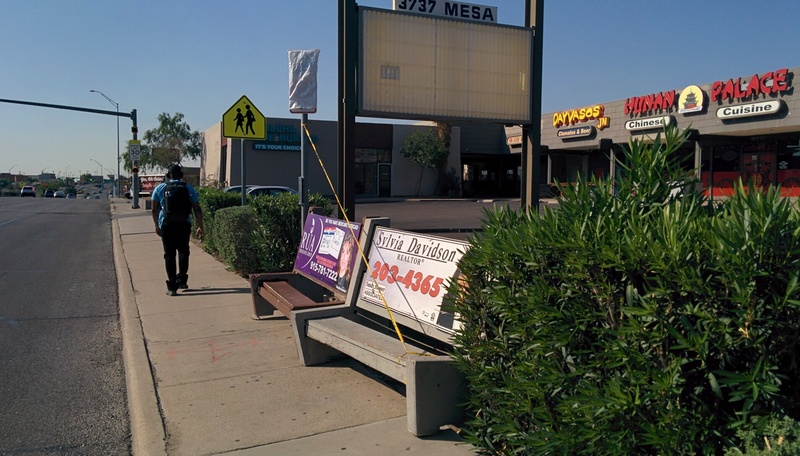